I was trying to keep up on both platforms, but recently, that site has taken more time and thought so there are more posts available.
Posted by Morgen M No comments:


Tariffs are taxes. Usually, the tariff is collected on imported goods, such as "Duty Fees" when we come back from vacation, or taxes on imports. Are Tariffs good or bad? I think it depends on the goods being taxed. If we could make it or grow it, we would use our own goods, right?

Tariffs are best used to protect Domestic production - either raw goods, resources, or manufacturing. Otherwise, they are counter-productive. There are “political” uses for Tariffs, but that only makes them more expensive to buy in our country.

Once I've used my domestic resources, I must purchase resources produced by other countries on the international market. Why would I purchase it if I don't need it? If I'm growing wheat, I want to use Domestic-produced wheat for bread for the people, instead of bread purchased from an international grower, because it’s more expensive to import wheat, when we add in shipping and tariffs. Same with tin, aluminum, iron, steel, corn, soy, wheat, and so on. Also, I can spend my money where I want to, supporting the countries and producers that align with my political goals.

For instance, let's say I make machine parts. I don't want domestic shoppers to buy them from an international maker when I can make goods to order in a timely manner. Same with automobiles, tractors, airplanes, sewing machines, computers, etc. In these examples, I would impose a tax, or tariff, on the imported goods so that my domestic industries are supported and not undersold by inequalities in labor costs or resource production from international producers.

What about the things I don't make? Like computers, fabric, wool, fabric dyes, tea and coffee, printers, televisions, and so on? Those, I must import - or develop manufacturing for them. If I must import these goods no matter what, why would I want them taxed? Taxing the goods would only make them more expensive for their end-users - my people! So, I would not tax these goods.

What about the things I produce in excess? Like wheat, corn, soy, automobiles, paper, and so on? Tax those on the way out? Why? If raw goods, and there is no domestic use for this excess, let the goods be sold on the international market. And if I make goods that no one else makes, then those can be sold on the international market, as well. However, with the inventiveness of other countries, selling my manufactured goods may not bring much in trade to counteract a trade deficit.

Tariffs are not an effective political tool. They are meant more for protection of domestic production. They might be used to punish, or deter trade from, an international producer of a widely-available good. For instance - let's say fabric can be purchased from several international producers. I might impose a larger tariff on goods produced in a country that doesn't align with my political agenda in foreign policy. But if that country is the only producer, this tactic won't work.


Posted by Morgen M No comments:

The United States Government does NOT have my permission to separate children from their parents at the border and detain them in my name. IN NO UNCERTAIN TERMS, I DENOUNCE THIS POLICY!!!

I may be a citizen of the United States, but this is NOT MY IDEA, NOT MY POLICY AND


NOT MY PRESIDENT!!!!!
Posted by Morgen M No comments:

Labels: destruction of families, immigration policy - NOT, not my president, united states government

What's in my hula hoop? Me, myself and I.

Not my circus, not my monkeys. 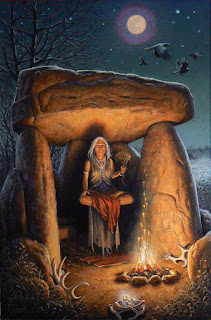 It's hard to stay focused when the world is falling apart around me. My world, my little corner, is doing OK. I'm holding my own. Kitty and I are well. I've had some blind-spots (visual issues) but nothing is going wrong.

I have food, shelter, utilities, gas in the car, and a phone that's ringing with people instead of robo-callers.

So, a bit of gratitude here. I see the Universe is listening, but not providing what I "want" quite yet. My needs are met.

I have what I need, and my wants are either goals or wishful thinking.

I finished edits on the story. It grew 4 pages. Ready for my first readers? No, it is not perfect. It still has holes and my main character still is not "big enough" to suit me. But the story is there. How much backstory to include is the question.

Not a bad day, overall.

Posted by Morgen M No comments:

Labels: myob, paying attention to my own life

Been Writing and So Much More!

If you've followed me on social media, I mentioned that I finished the draft of my story, "Anne Riddle and the Sheriff of Hell Bent."

I've been editing it and finding holes in the story everywhere. Oh, Boy! I hate editing! But, it's a lot easier to work with something than nothing. So, I'm proud of myself for finishing the draft.

I realized that Anne isn't "big enough" in the story, so I've been developing her character a bit. She's too quiet and meek. Yes, she's injured, but she can still talk and think, and she needs to do that.

Otherwise, I've been both teaching and learning.

For teaching, I've been offering classes in various Microsoft Office components at the local community center in the seniors' program. It keeps me busy and keeps my teaching chops sharp.

I got approved to teach two high school classes this summer, too. One on writing a college admissions essay, and the other on budgeting for college freshmen.

Then, I have a friend at the local Public Works office, and she is sending "her guys" to take classes on Excel from me, so my summer is jam-packed.

For learning, I signed up for some free classes on Canvas dot net.  I took a class called "Fantastic Fiction and Where to Find It" from a university in Scandinavia. It was in English, too! I've also participated in other classes, but that was the first one I finished.

The reason I signed up was TCM is offering a class on musicals starting next week. At least that's how I got involved with the Canvas site.

Every time I turn around another free class is being offered that I want to take. If you haven't checked out online learning opportunities, I urge you to do that. Besides Canvas, there are Corsera and Allison that I've been in contact with. There are other networks too, but these are the ones I've signed up with before. All of these sites offer free classes, many are run by universities around the world.

There are classes in psychology, sociology, education, computing, mathematics, physics, literature, business, and so much more. It's amazing what is out there! I found some syllabi to writing classes online, and I'll be reading the materials on their lists, even if I can't take the classes.

There is a class called "10,000 Women" that I would LOVE to take, but it conflicts with the TCM class, and I know my time is limited. So, I'm passing on it and sending the link to other women entrepreneurs. That class is only offered at certain times of the year, so it's tough to be already in the musicals class and having so much other stuff going on.

Healthwise, things haven't changed too much. I'll be going to Vanderbilt the end of this month to see if maybe they can figure out what's going on. The dizziness seems to be getting worse, as is my balance. And the "migraine blindness" episodes are becoming more frequent.

There may be nothing we can do, but I want an answer to why it keeps happening and what's going on anyway.

And Kitty, my little cat, is doing very well. She got another grooming at the end of March, and her fur is growing in nicely. She found a box she likes to sit in and watch the world go by, and she still flirts with the firemen when they come by. She's very loving. She likes to sit with me. She's still not much on smurfs to the face and she doesn't like to be held, but she's company. She greets me at the door and sits on me in the evenings and watches TV with me. She's discovered treats, and she loves to play. She's a hoot!

If nothing else, I'm staying young mentally. Doing all this stuff keeps me busy, keeps my mind working and my thinker thinking. None of it may mean anything in the end, but it is interesting anyway. And if a little permaculture or ecology class makes me more aware of my lifestyle and impact on the planet, I'm all for it.

Posted by Morgen M No comments:

Morgen M
I love cats, empower women and promote healthy lifestyles. Crochet is beautiful and always handmade. I believe that courtesy and civility never go out of style. Being nice doesn't cost anything. Live in accordance with your spiritual beliefs and follow your own star. Blessed Be!

Morgen Marshall participates in affiliate programs designed to provide a product or service and compensate the publisher a small percentage of each sale.